Imagine your exercise is a stage play (audience participation is key but we’ll come to this later). You’ve got a limited budget so you want to rummage backstage and in cupboards to see what props, backdrops, costumes, sound effects and other bits and pieces might be available to build upon rather than have to create everything from scratch. That backstage area is Ventura.

Remember that the scenario canvas maps the coherent building blocks of your exercise but it doesn’t give you the linear narrative. In parallel to the scenario canvas, start a new document with the linear story and try to think in terms of scenes of an escalating conflict: first we have business as usual, then an inciting incident throws the team a problem, then we have subsequent scenes which contain a main event with one or more consequences of that event.

So far so good but we’re missing something vital: audience participation. Unlike most stage plays, we want the (training) audience to play an active role. We need to revisit the scenes and ask:

The process above works for “planned events” - that is, a sequence of events that the audience is unable to influence. Yes, there are consequences to their actions or inaction but they are powerless to prevent the planned events.

In more complex exercises, the audience is given greater freedom to branch the narrative away from a single linear narrative. We refer to this as “emergent events” because the events of the narrative emerge from audience action or inaction.

An alternative exercise might use “emergent events”. That is to say that after the inciting incident, a live adjudication process is used to determine what happens next. This sets up a continuing loop of audience action, adjudication, consequential event. 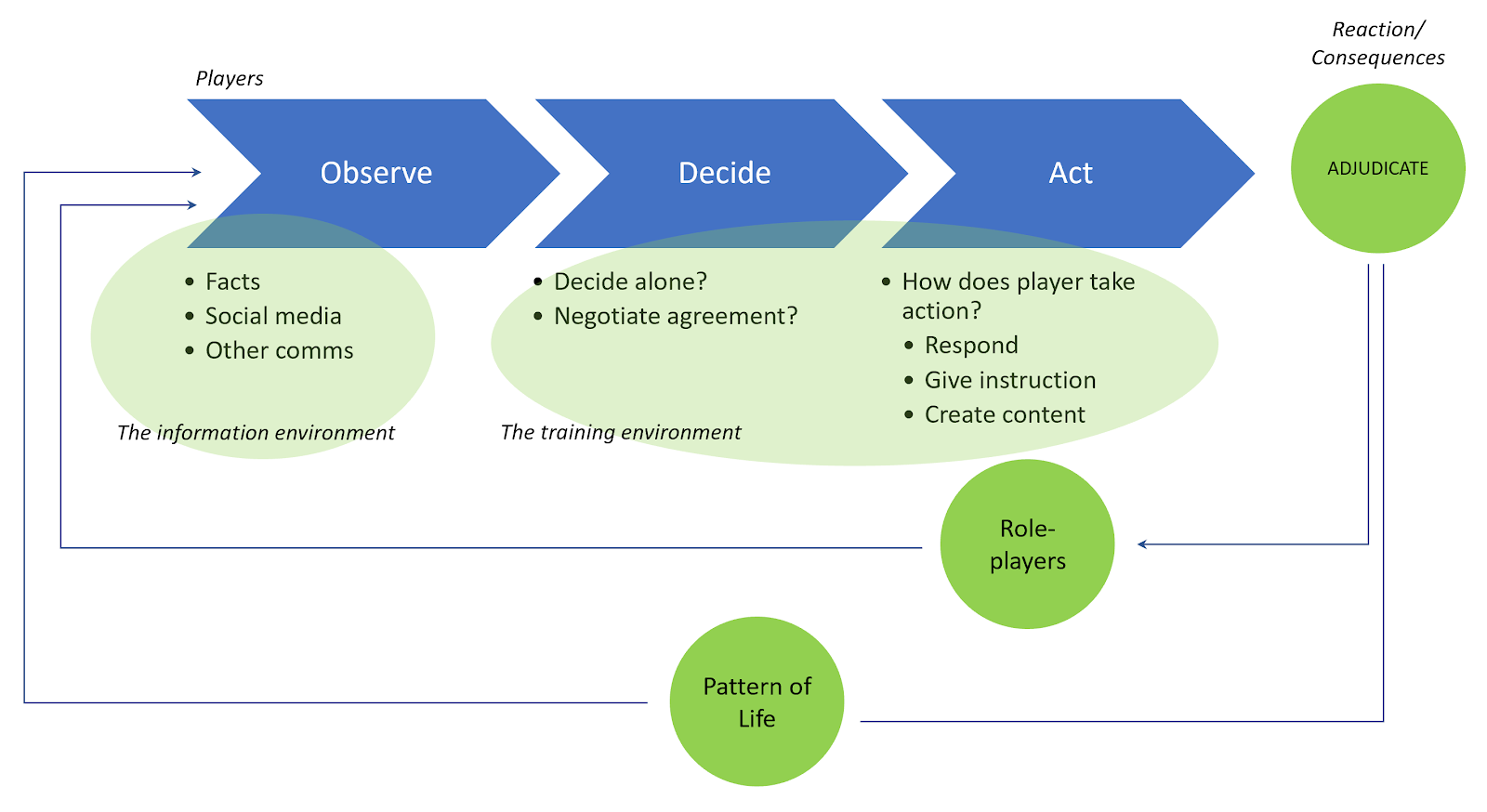 While one might think that now anything can happen that it’s impossible to plan for, but the adjudication process is able to steer the exercise towards a limited set of outcomes if some forethought is given to how the training objective maps to two axes of uncertainty. The idea here to identify two core levers that adjudication pulls given the overarching consequences of the player actions - crudely speaking, does the future become better or worse and how does this affect the stakeholders?

For example, in a pandemic, the two axes of uncertainty might be (a) effectiveness of quarantine and (b) effectiveness of communication. All audience actions can be measured against these two yardsticks which can be pulled like levers to direct the exercise outcome into one of four possible future scenarios. 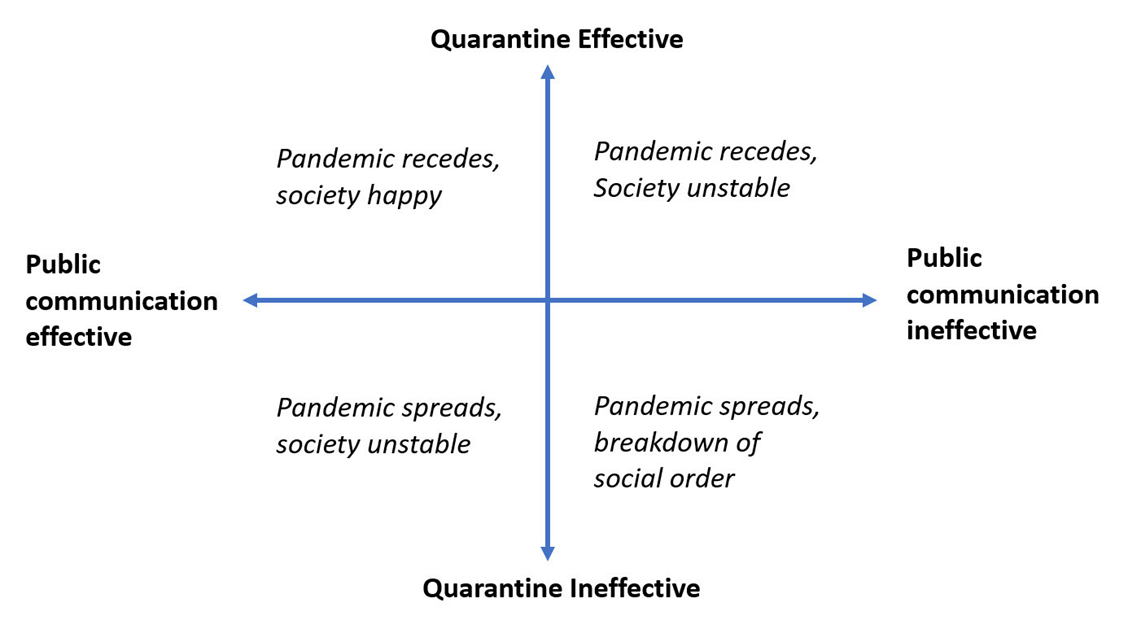 Now that we have only four future worlds, we can create pattern-of-life content that expresses stakeholder reaction in each of the worlds. Yes it’s more content than a planned event exercise but it is contained.

In addition to this foundational content, it’s also prudent to guess at what might be expected audience strategies and actions because this allows us to create additional pattern of life content for specific core events (e.g. riot, bombing, kidnapping etc) which can consider as vignettes. Using pattern of life with smartwords we have enough flexibility to tweak the details and timing so that we’re prepared and waiting.

Create vignettes for expected or possible story snippets and consider using the Inject Grid in addition to pattern of life to trigger those vignettes when the time comes.

Factions represent groups of personas with the same beliefs and motivations. Sometimes factions will overlap - for example, Leave and Remain factions overlap Conservative and Labour factions. In the case of a brand reputational crisis, factions might be consumers, influencers, competitors, employees, regulators, politicians and then overlapping factions from those who side with the brand and those against the brand.

It’s important that each persona has a consistent voice but they don’t all need to be leading personas - most will be supporting personas who are just part of the mob.

Leading persona content is likely to be generated live by human role players but the supporting personas can be represented by pattern of life content.

One final consideration is fringe or secondary factions and personas who might try to hijack social media conversations for their own ends. For example, in building a tweetstorm, we’ll have the initial eyewitnesses followed by news organisations followed by the leading and supporting personas and then finally the secondary factions who piggyback on the fuss and try to make the events all about them and their pet issue. For example, the recall of a fizzy drink product might spark secondary conversations about obesity; or a terrorist incident might spark secondary conversations about police funding or surveillance.